8 Funny and relatable experiences that all entrepreneurs go through

The same things happen to everyone in different ways. 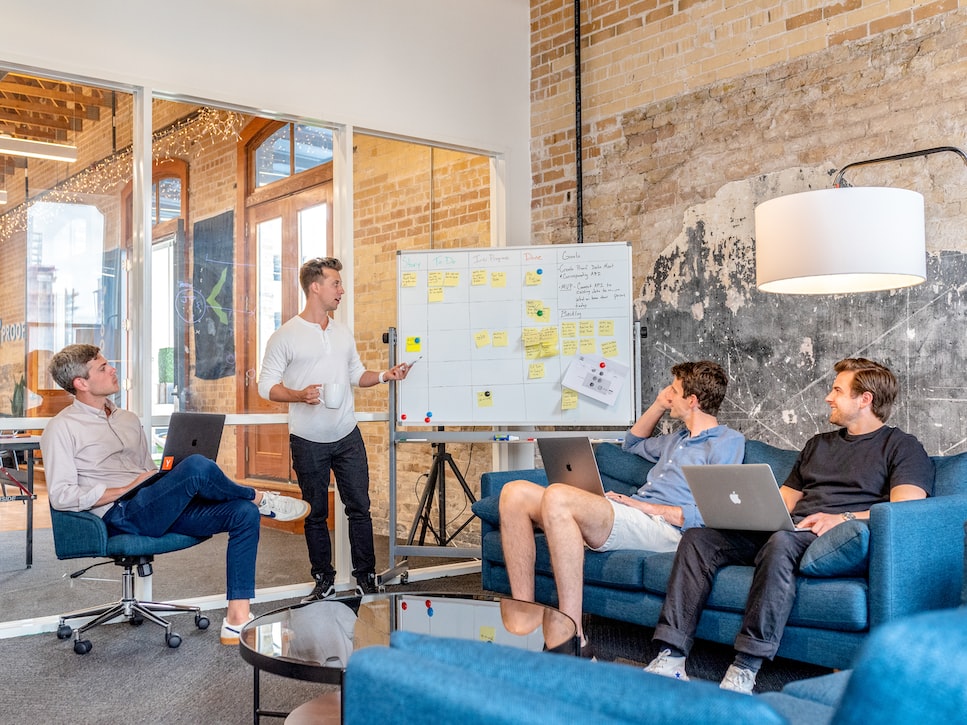 The road to becoming an entrepreneur is often difficult, treacherous and filled with unexpected roadblocks and detours. Those who embark on this journey do so because they are driven, independent-minded and probably a little crazy. In a good way, of course!

The most successful entrepreneurs have a clever mind, strong business acumen and a deep and abiding sense of humor that keeps them going when they hit the inevitable rough patches that come with any business.

If you’ve ever hit a tough spot, know that you aren’t alone. Here are 8 experiences showing that all entrepreneurs go through challenges. The trick is to keep your head up and keep moving forward.

1. Taking an all-important phone call from a weird place.

If you’ve ever taken a conference call from a truck-stop bathroom, from a friend’s wedding reception or while vacationing at the beach, there’s a good chance you're a hard-working entrepreneur doing whatever it takes to make it happen. There’s no doubt that mobile conferencing has changed the way we work and connect with one another, and when you’re an entrepreneur trying to launch your business, you’ll take full advantage of all the tools at your disposal.

According to data released by InterCall, 65 percent of respondents said they had done other work while on a conference call, including 47 percent who said they used the bathroom while on the line.

We all have busy lives, and many of us value flexibility and adaptability in our workday and schedule. So embrace the nonstandard office space, and recognize that wherever you’re at can be your temporary place of business.

As a new entrepreneur, you’re starting from scratch and are learning to bet on yourself. One of your first orders of business will be to put together the necessary seed money to get your business off the ground. This is often a difficult task, and one that nearly every entrepreneur can relate to. Do you have personal financial resources you can tap into? Can you find venture capital funding or an angel investor who will back you? What about a bank loan?

Alternatively, if you’re like David Daneshgar, you can use your talent for poker to fund your startup. Daneshgar and two friends, Farbod Shoraka and Gregg Weisstein, started the company BloomNation after Daneshgar won more than $25,000 playing in the 2008 World Series of Poker tournament.

When it came down to the final hand, Weisstein said he was sure they had lost, until Daneshgar looked him straight in the eye and pronounced, “It’s flower time!”

3. Your end product is very different from the idea you started with.

You have what you think is a brilliant idea for a business and you’re sure your product or service will sell. Except it doesn’t. The timing is off, or it doesn't resonate with customers. But don’t lose hope -- most entrepreneurs end up rethinking their original business model.

Consider the story of how PayPal got started. It began as a company called Confinity, which produced security software for handheld devices such as PalmPilots (remember those?). Max Levchin, one of PayPal’s co-founders, explained that the original business model wasn’t terribly successful, so he and his colleagues focused on developing an electronic wallet. They found that people were using a small part of their service to pay for goods purchased through eBay. It turned out there was a huge need for people to make online payments, and ultimately that need shaped their business model.

4. You find yourself doing something crazy to get noticed.

It’s a struggle to find ways to stand out in a crowded market. Sometimes you need to resort to unconventional or eccentric tactics to get noticed and draw attention to your business. The trick is to do so in a way that gains you the right kind of attention, and sometimes that’s hard to gauge.

Marc Benioff, a co-founder of Salesforce.com, is known for his crazy marketing stunts -- in particular for turning other companies’ events into stunts that spotlight his own company. For example, he once hired fake protesters to disrupt a rival's conference and commandeered all the taxis at the event to deliver a 45-minute pitch about his own product.

In another instance, he canceled his keynote at an Oracle conference and drew crowds to his own speech at a nearby restaurant.

5. Realizing you need to fire yourself.

Firing someone is always hard. Not only does it mean someone is losing their job; it also means a mistake was made in hiring the person in the first place. The person wasn't the great fit you thought they would be. This is an experience most entrepreneurs have to go through at some point.

But just imagine if the person you had to fire was yourself! This is what happened to Tucker Max, author of the bestseller I Hope They Serve Beer in Hell, and founder and one-time CEO of Book in a Box (now Scribe Writing).

As Max explained on the James Altucher Show podcast, he was terrible at his job as CEO. A self-described “difficult and overpowering” person, it took having a client ask him why he was yelling at his colleagues to make him realize it was time to go. Ultimately he realized he was going to ruin what would otherwise be a successful business.

Max still owns the majority of the company and has a role as director of product. But the company revenues have multiplied since he stepped down as CEO.

All entrepreneurs struggle to find ways to balance their home and personal lives with the ever-demanding needs of growing a business. If you're passionate about what you’re doing, it’s easy to become consumed with your job. Many entrepreneurs look around at some point and realize that they have alienated themselves from loved ones.

Even a mega-successful billionaire entrepreneur such as Elon Musk struggles with this. He once infamously said, “I would like to allocate more time to dating, though. I need to find a girlfriend. That’s why I need to carve out just a little more time. I think maybe even another five to 10 -- how much time does a woman want a week? Maybe 10 hours? That’s kind of the minimum? I don’t know.”

Note to self: finding balance probably requires more than 10 hours a week.

So you’ve successfully launched your business and you're growing fast to keep up with a changing market. You’ve got a great team of people, but maybe you could all gel a little better. A great team-building exercise may be just the thing to whip you all into shape! Or not. It turns out not all teambuilding exercises serve their purpose.

Consider the tale of the trust fall fail -- where a marketing intern was so busy videoing his colleagues falling during the trust exercise that he neglected to actually catch them as he was supposed to.

Or the juice cleanse from hell, where one corporate office found their employees’ commitment to the cleanse program left them all scrambling for bathroom time -- and ultimately woefully behind on their deadlines that week.

8. We all need a sounding board.

Many entrepreneurs begin their business working alone, but it’s important to remember that we all need a sounding board once in a while to bounce ideas off of. We also need to be willing to hear others out and consider ideas that aren’t our own. And this goes for even the most brilliant entrepreneurs among us.

Consider Jeff Bezos, the founder of Amazon, who has been hailed as the richest man in the world. When he first launched Amazon in 1995, he and his tiny crew of employees would spend many uncomfortable hours on the floor, packaging products for shipping. At one point, Bezos turned to an employee who was working alongside him and declared that the company needed to buy kneepads to make it easier to kneel on the ground.

His employee responded with his own brilliant idea: they should buy tables so they could work standing up. And the next day, that’s exactly what they did.

There are many ways to get funding for your business.

How can Entrepreneurs be more confident at work

Self-confidence is your biggest weapon and tool when it comes to entrepreneurship or a startup. Wear it proudly!

How to get (useful) customer feedback in 4 steps

Once you have your feedback organized, you’ll have a goldmine of ideas for improving every facet of your products and customer experience.